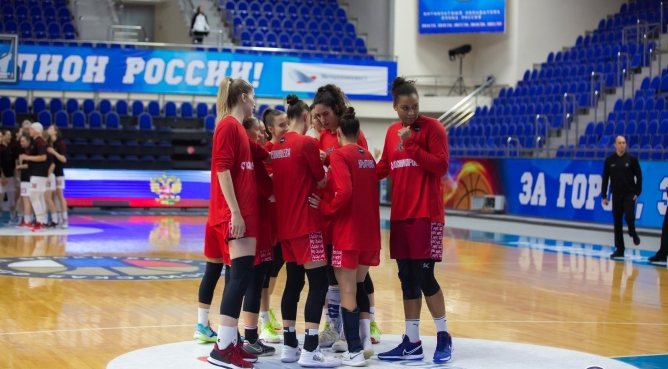 Four teams took a part in tourndment, that was held from 16 to 18 of September in Kursk: first and second team of "Dinamo", "Sparta&K" and MBA. Our team started the cup with the confident victory versus "Dinamo-Farm"  — 86:35. Furhermore, last quarter ended with the score 24:0.

The second game against "Sparta&K" was more competitive. In the end of the 4th quarter MBA got "+6" advantage. The opponent tried to equalize, but our team saved the lead  — 74:72.

The winner of the last game between MBA and "Dinamo" becomes a champion. 19 seconds before the buzzer the score was tie, but referees gave a foul to Marina Goldyreva and this moment was decisive. Anna Burovaya scored both of free throws and brought the victory to hosts — 70:68.

Two of MBA players were included in the top 5 of the Cup: Marina Goldyreva (best point guard) and Nina Glonti (best power forward).

Alexander Diratsuyan:
— We played in this cup several times before, last year we became a champions, so we had a lot of desire to win one more time. I think this tournament was positive for us, we tested some tactical details that we improve during the practices. I'm proud with my team, we had some problems with the injuries and played last game with 8 persons, but they showed strong character anyway. We have 2 more weeks before the openning game of the Premier League, and I hope our injured players will return to the squad. 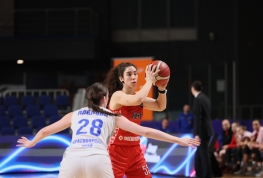 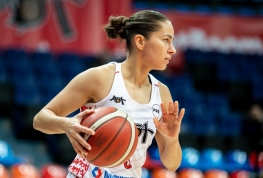 MBA TV report — about the win vs «Samara». 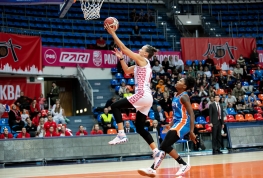